AN ORGANISATION OF ALL INDIA PENSIONERS OF CENTRAL COUNCIL FOR RESEARCH IN HOMOEOPATHY(CCRH), MINISTRY OF AYUSH, GOVT. OF INDIA, Regn. No.KTM/TC/639/2015

​﻿AN ORGANISATION OF ALL INDIA PENSIONERS OF
CENTRAL COUNCIL FOR RESEARCH IN HOMOEOPATHY (CCRH), MINISTRY OF AYUSH, GOVT. OF INDIA ﻿
REGISTRATION No : KTM/TC/639/2015 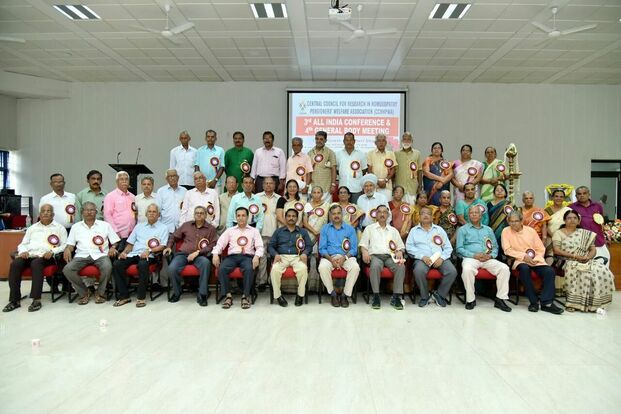 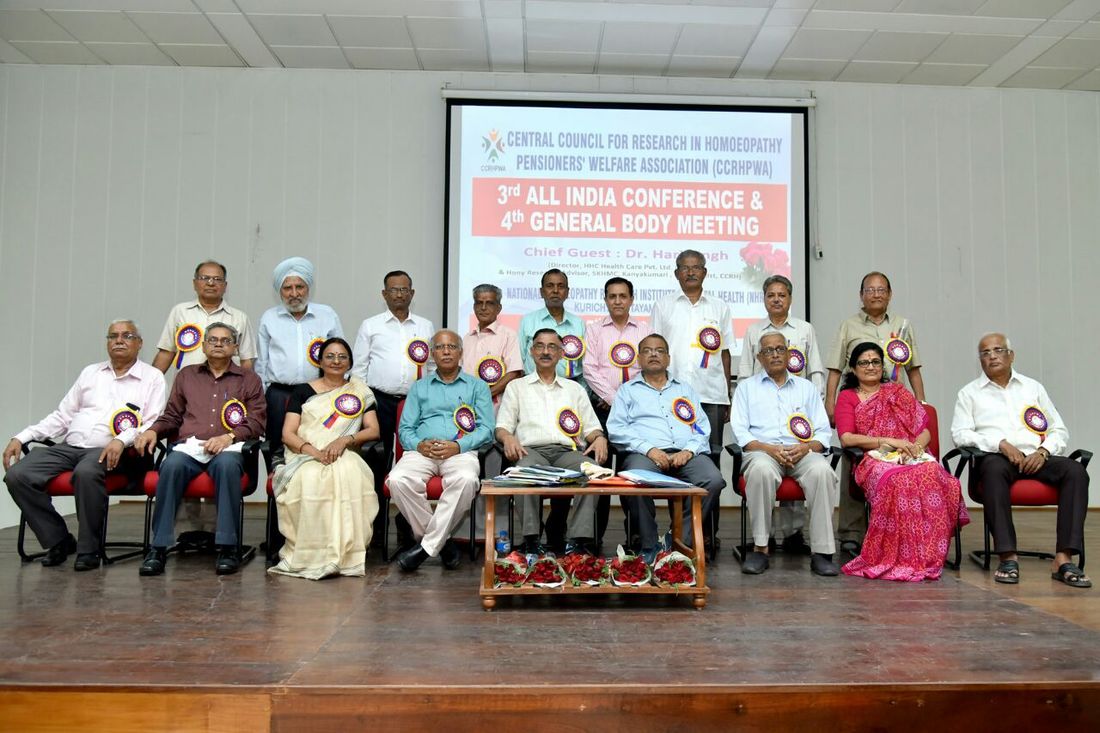 Shri P.N. Ranjitkumar , IPS is the new Joint Secretary of Ministry of AYUSH.

Considering the  importance of Yoga  and other Indian systems of Medicine in our country, Our Hon'ble Prime Minister Shri Narendra Modiji   allocated   separate Ministry for  Ayurveda, Yoga, Unani, Siddha and Homoeopathy (known as AYUSH)   in the year 2014.  Hence  all the Research Councils and other Institutions functioning  under Department of Indian Systems of Medicine and Homoeopathy  are under Ministry of AYUSH,  Govt. of India.
​ As on 31st   July  2017,  we have 204 pensioners/ family pensioners. The necessity for the formation of the association was proposed by Shri  M.S.P. Panicker (Former Assistant Director (Admn) who made all efforts to contact the pensioners  residing different states. The association got registered  under Travancore Cochin﻿ Literary Scientific and Charitable Societies Registration Act 1955. The first General Body meeting of the association held at Kottayam, Kerala on 29.09.2015. The second General Body meeting of the Association held  in  New Delhi on 17.03.2016 along with its first all India conference. The conference and official website of the association www.aiccrhpwa.weebly.com  were  inaugurated by Dr. R.K. Manchanda, Director General, CCRH, Ministry of AYUSH, Govt. of India.  The second all India conference and general body meeting held at Regional Research Institute for Homoeopathy, Gudivada  in Andhra Pradesh  on 14th May 2017. The conference was inaugurated by Dr. CH. Raveendran, Officer in Charge, Regional Research Institute for Homoeopathy, Gudivada. New Director Board for 2017-18 has been elected and the details of which   can be had from our site www.aiccrhpwa.weebly.com under caption board members.
Powered by